Home › Everything › How to Write a Page Turner: 5 Steps For Writers

We’re thrilled to have Amin Ahmad, author of The Last Taxi Ride, here at the studio for two terrific classes: A single-session to help you Overcoming Writers Block, and a necessary, mind-tingling, I-must-know-this-stuff eight-week course, Writing a Page Turner. Read on to get started.

It doesn’t matter if you’re writing a quiet novel about old age, a historical romance, or a spy thriller. All writers face the same challenge: how do you keep a reader turning the pages of your novel? Imagine you’re rushing to work when you see a crowd of people, film cameras and lights. Some people say it’s Tom Cruise, others insist it’s a car commercial. Now you’re curious, and you stop to watch, even though you’re going to be late for work. As a writer, the most powerful emotion you can tap into is curiosity. You want the reader to stick around and see what happens in the end. How do you do this?

1. Create a question in the reader’s mind right at the beginning.
This might seem like a cheap trick, but even a literary writer like Marquez uses it at the beginning of a novel: “Many years later, as he faced the firing squad, Colonel Aureliano Buendia was to remember that distant afternoon when his father took him to discover ice.”

What? The Colonel is facing a firing squad? How did he get there? Will he survive? And notice the secondary information: ice in this world is a novelty. Where is this place? How long ago is it?

In my own first novel, the beginning is tighter: “The Senator’s wife was late. Very late.” Hopefully the reader is intrigued: Who is this woman? Why is she late? Will she show up? And as the protagonist of my novel waits for the Senator’s wife, the reader waits, too, and gets sucked into the story.

2. Little questions can lead to larger ones.
You do not have to start of your novel with something dramatic: an explosion, a body dropping, a woman standing on a window ledge. It takes time to build the world of a novel. If you introduce the main conflict of the novel too soon, the reader may not care: your characters are strangers, after all.

Instead, you could start with a quieter situation: your main character wakes up with a hangover, and doesn’t remember what happened the night before. A child searches the house for his missing candy bar. A cab driver picks up a beautiful woman who he thinks he recognizes.

These everyday situations will all pique the reader’s curiosity, and while they wait to find out what happens, you can develop complex, sympathetic characters and create a vivid setting. Then, when your main character goes on an epic journey, the child’s mother dies, and the cab driver is accused of murder, the reader will be fully invested in them, and read on to see what happens.

Ask yourself: What is keeping the reader intrigued? What is the most important question that remains unanswered till the end?

3. Identify the main question at the heart of your book and don’t answer it till the end.
This central question of the book is often called the ‘narrative engine’. It is what keeps the reader turning pages, waiting to find out what happens. Once this question is answered, all the mystery drains away, so keep it alive till close to the end of the book.

Here’s the engine that powers my second novel, in one sentence: “When an Indian cab driver in New York City is accused of the murder of a Bollywood actress, he has ten days to find out who did it.”

Other classic narrative engines that keep entire novels chugging along: Do the lovers get together in the end? Do the travelers make it to their destination? What really happened in the past? Does he/she recover from a broken heart, a death, an illness?

4. You can answer the main question right at the beginning and still create a page turner.
This completely contradicts what I’ve just said! Yet, the novel Tinkers, which won the Pulitzer 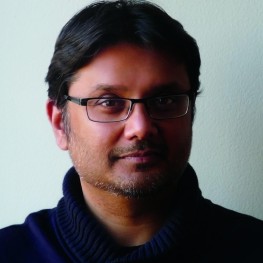 Prize, gives everything away in the first sentence: “George Washington Crosby began to hallucinate eight days before he died.”

This might feel like a real spoiler. But, unlike a thriller or a mystery, this novel doesn’t hinge on knowing whether the man lives or dies. Instead, it explores how he came to be dying in his bed. If you are writing a quieter novel, it turns out how something happened can be just as compelling as what happened.

You could start a novel by revealing that the ship sinks, the marriage ends in divorce, the movie star ends up an alcoholic. Then the entire novel becomes a gradual unfolding of how it all happened. And the reader will stay with you for the ride.

5. Create a layering of questions.
While there is an overarching question that keeps the reader turning pages till the end of the book, 400 pages is a long time to wait for answer. If you, the writer, withhold all information throughout the book, the reader will get frustrated, and stop reading.

It is your job to introduce smaller questions throughout the book, and to answer them at different times. In my second novel, as my cab driver struggles to find the actress’s murderer, he takes up with a nightclub hostess; but what is she hiding from him? What exactly is happening at her nightclub? And do they end up together? While the main question remains shrouded in mystery, these smaller mysteries keep the book moving from chapter to chapter.

Aha! Please note that I started this post with a question, and you’ve read this far to find out the answers!

Gifts for Writers: Our 2015 Holiday Guide

How NaNoWriMo Can Give Your Writing a Boost